Miguel Luciano
Miguel Luciano
The Young Lords were a revolutionary group of young Puerto Rican activists who organized for social justice in their communities during the late 1960s-1970s. They were committed to the liberation of all oppressed peoples, fighting racism and injustice with an emphasis on issues of health, food, housing and education. Inspired by the Black Panthers, they were founded in Chicago in 1968, and formed a New York chapter in East Harlem in 1969.

Mapping Resistance: The Young Lords in El Barrio was a public art project commemorating the activist history of the Young Lords in East Harlem (May 18 - September 30th, 2019). This project featured the photography of Hiram Maristany, a lifelong resident of East Harlem who was the official photographer of the Young Lords, and a founding member of the New York chapter. Historic photographs of activist moments of the Young Lords were enlarged and installed throughout East Harlem, at the same locations where the events took place fifty years ago. Walking tours and additional public programs explored how activists like the Young Lords have created community-driven solutions in times of crisis, from the post-civil rights era in New York, to the post-huricane Maria present, in Puerto Rico. Visit mappingresistance.com for more information.

Additional references to the Young Lords are featured in artworks below, from the exhibition Ride or Die at BRIC (2016), ¡Presente! The Young Lords in New York at El Museo del Barrio (2015) and Anchor (2015) at Hunter East Harlem Gallery. 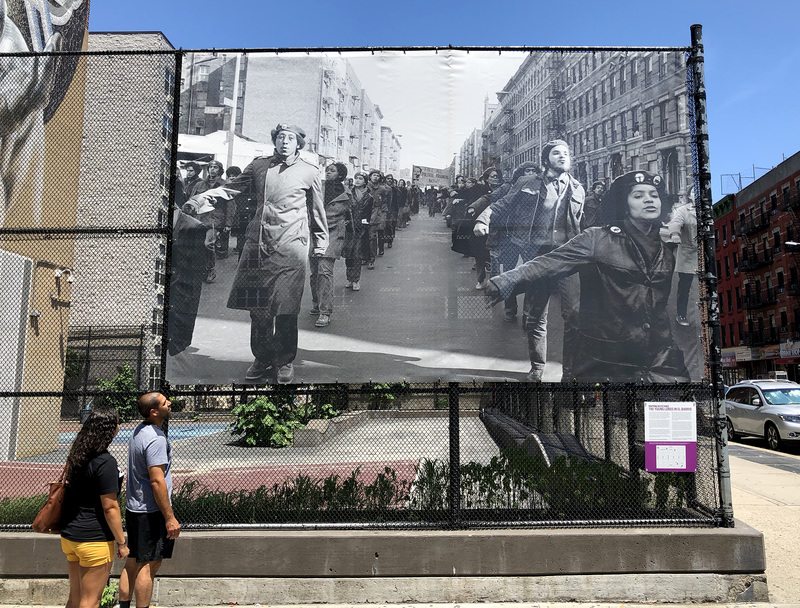 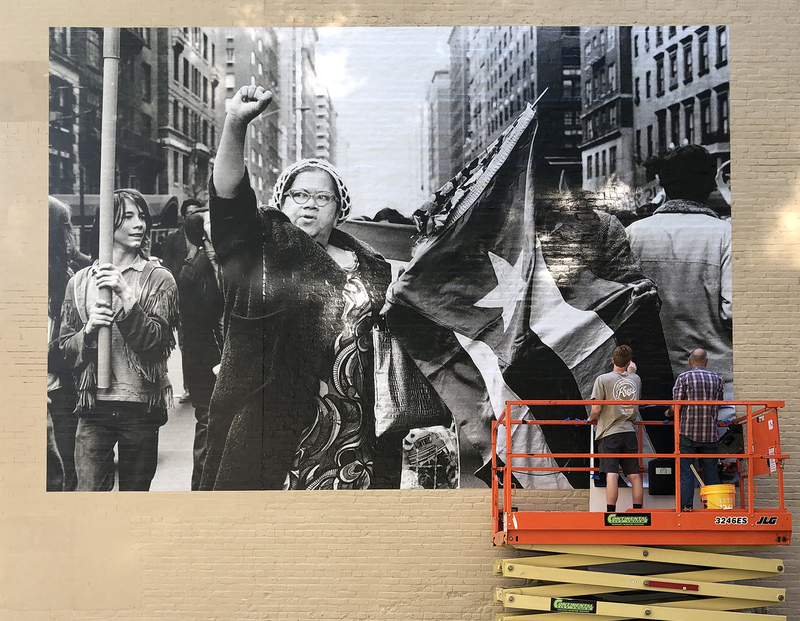 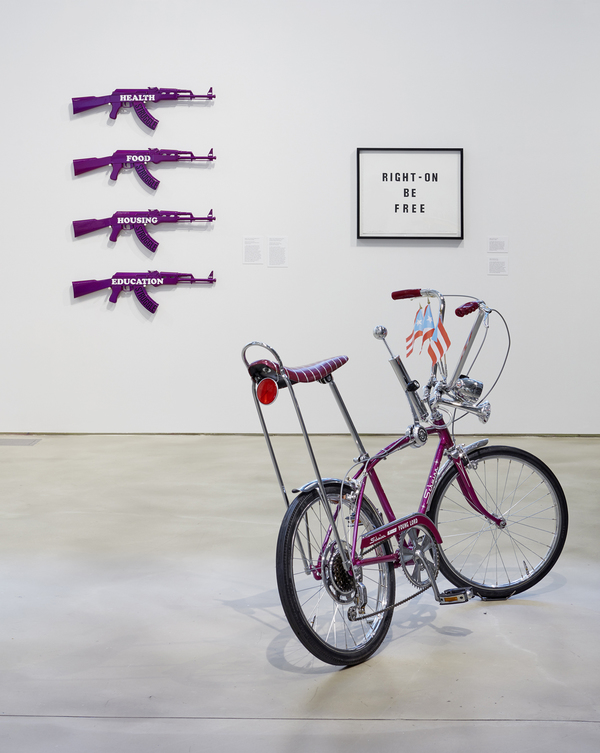 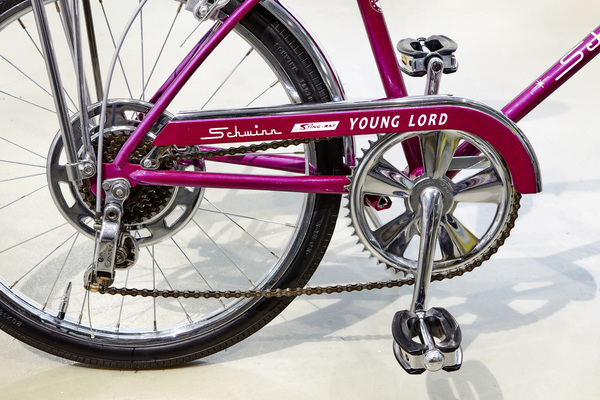 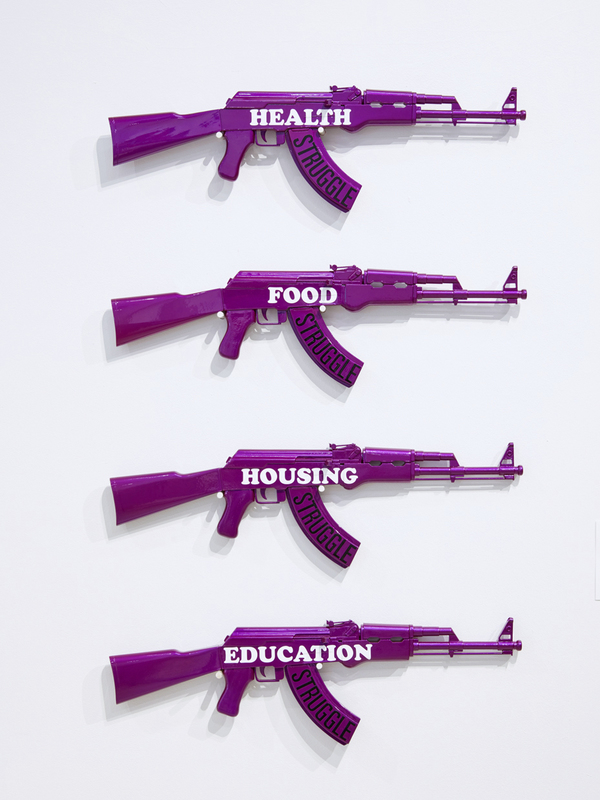 left: Juan Gonzalez at the original headquarters of the Young Lords Party in East Harlem (c.1969), by Hiram Maristany ©. 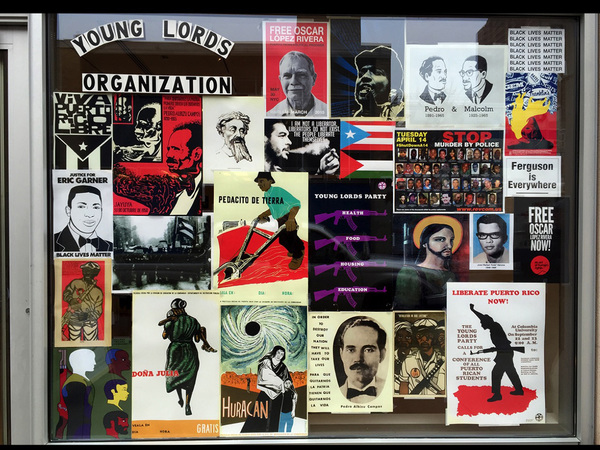 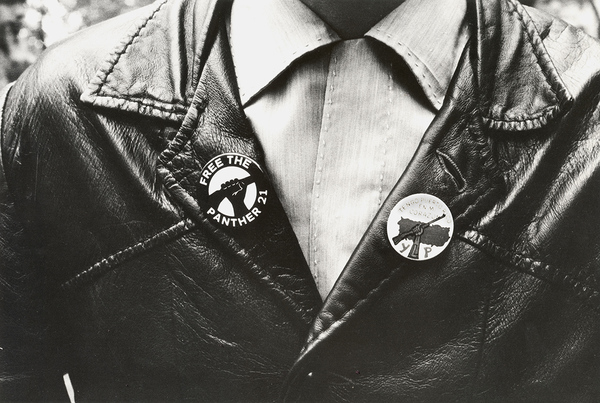 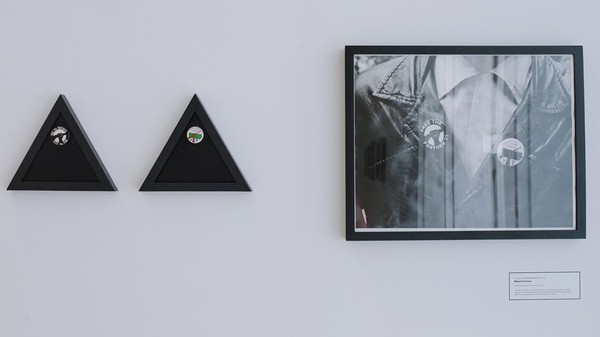 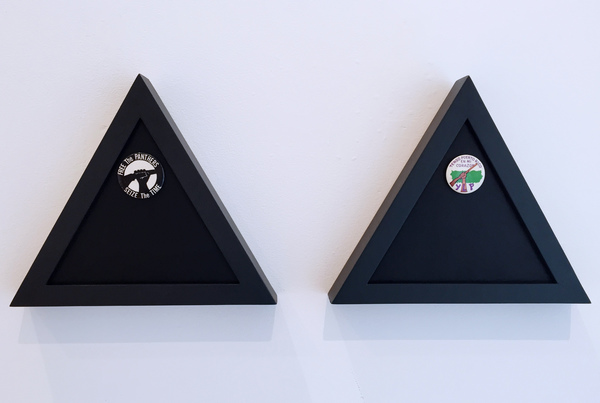 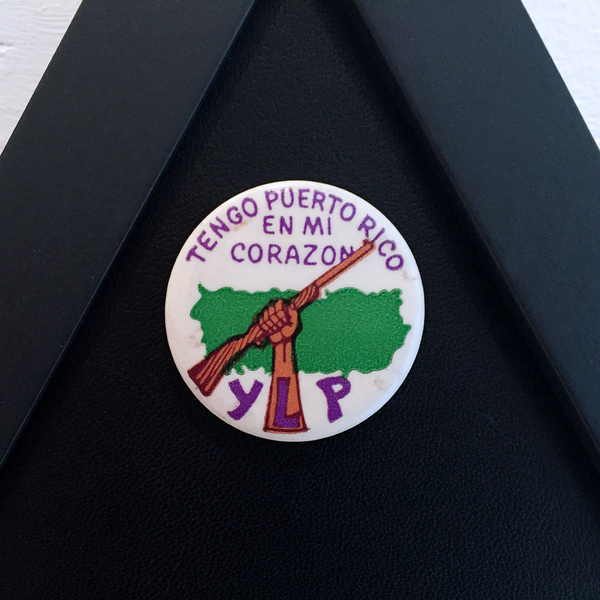 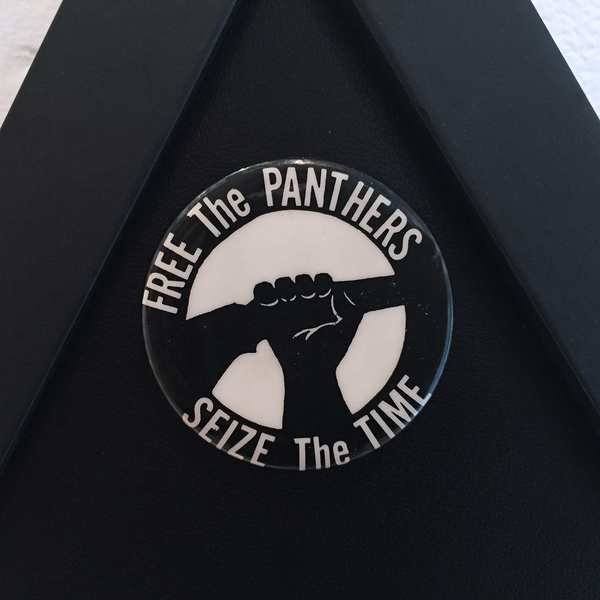